Haha, got this text from the network provider over in South Africa *y’ello!* 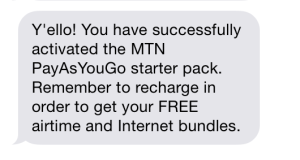 Now on to day numero 5: Thursday 2nd October! I climbed a mountain, more specifically Lion’s Head! More on that shortly.

The day started off with Helene, Tina, Lucy, Sylvia (the four norwegian girls) and myself eating a good breakfast next to the pool. We then walked a bit about, in search of a gym. We finally found it and were absolutely shocked at the membership price. 500 Rand for 1 month (that’s 290 NOK or €35); I keep being amazed at the low prices in this country! The gym was very new, had very modern equipment, and just as a small bonus, a spa area, jacuzzi and a relaxing area *i will be moving to cape town*!

At 3pm, Helene, Lucy and I decided to climb the picturesque Table Mountain. We took the bus up to where you start the hike. Just to get an idea of where we should walk, we went to the information office, where they told us that it would be too late for us to hike up as we would get the cable car to go dow, but the last one goes down at 6pm. So – change of plans – we decided to climb LION’S HEAD (it looks like the head of a lion – they’re not too creative with their names over here in Cape Town).

Although it is very common to climb Lion’s Head to see the sunset, we weren’t sure how dark it would be when we would climb down, so we decided to safe it out and maybe climb it again another time to see the sunset.

We talked to a couple of different people at the start of the journey and when we asked how long it takes to get up, we got answers ranging from 45 minutes to 2 hours, so we weren’t completely sure what we were up for, but off we went!

We’ll be back to climb you very soon! 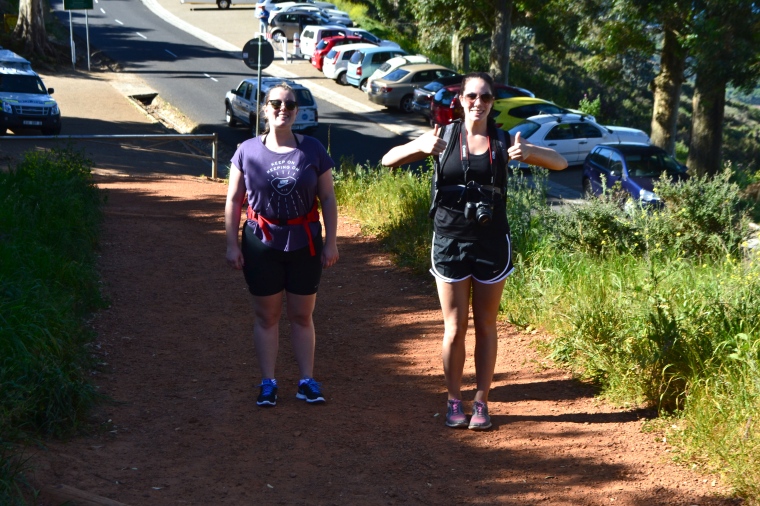 At the very beginning

The white beach below is Camps Bay, the beach I stopped at on the Hop-on Hop-off bus trip 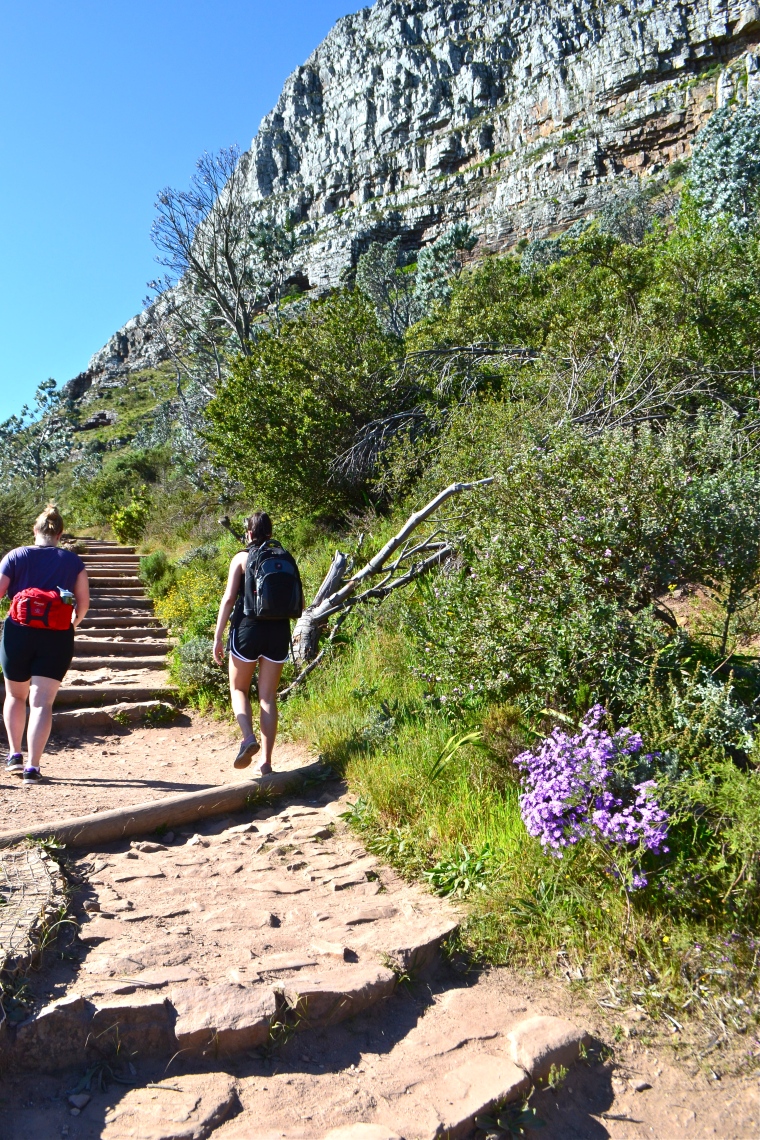 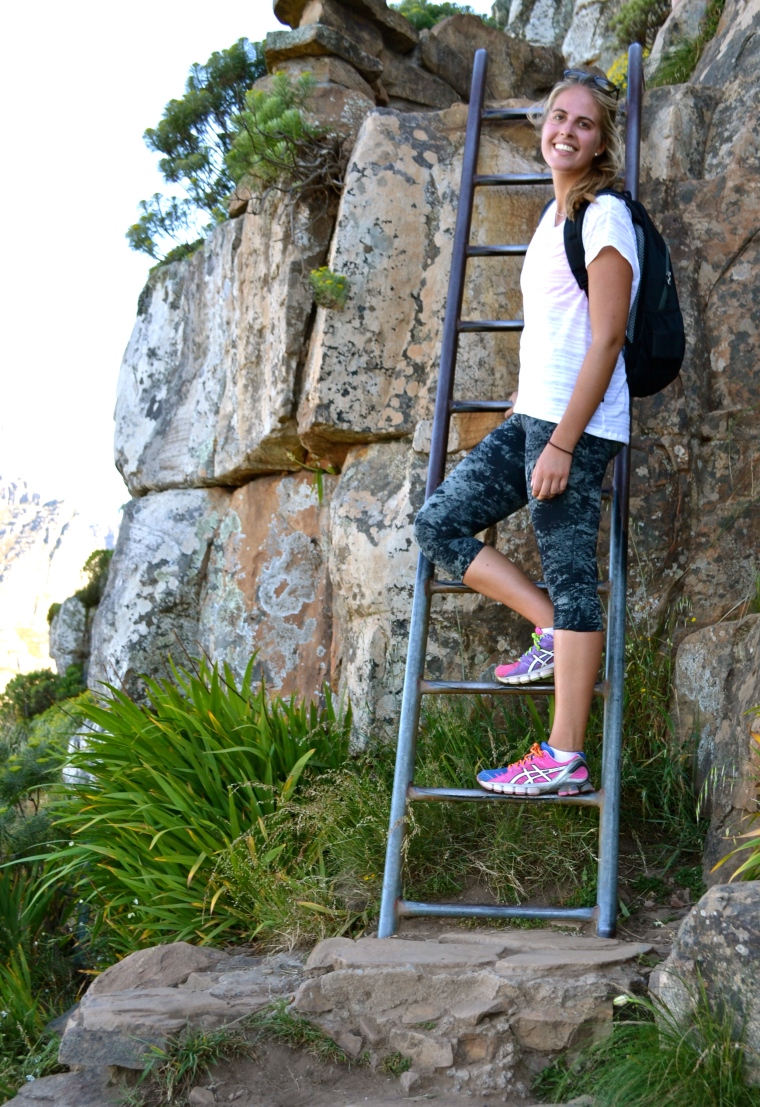 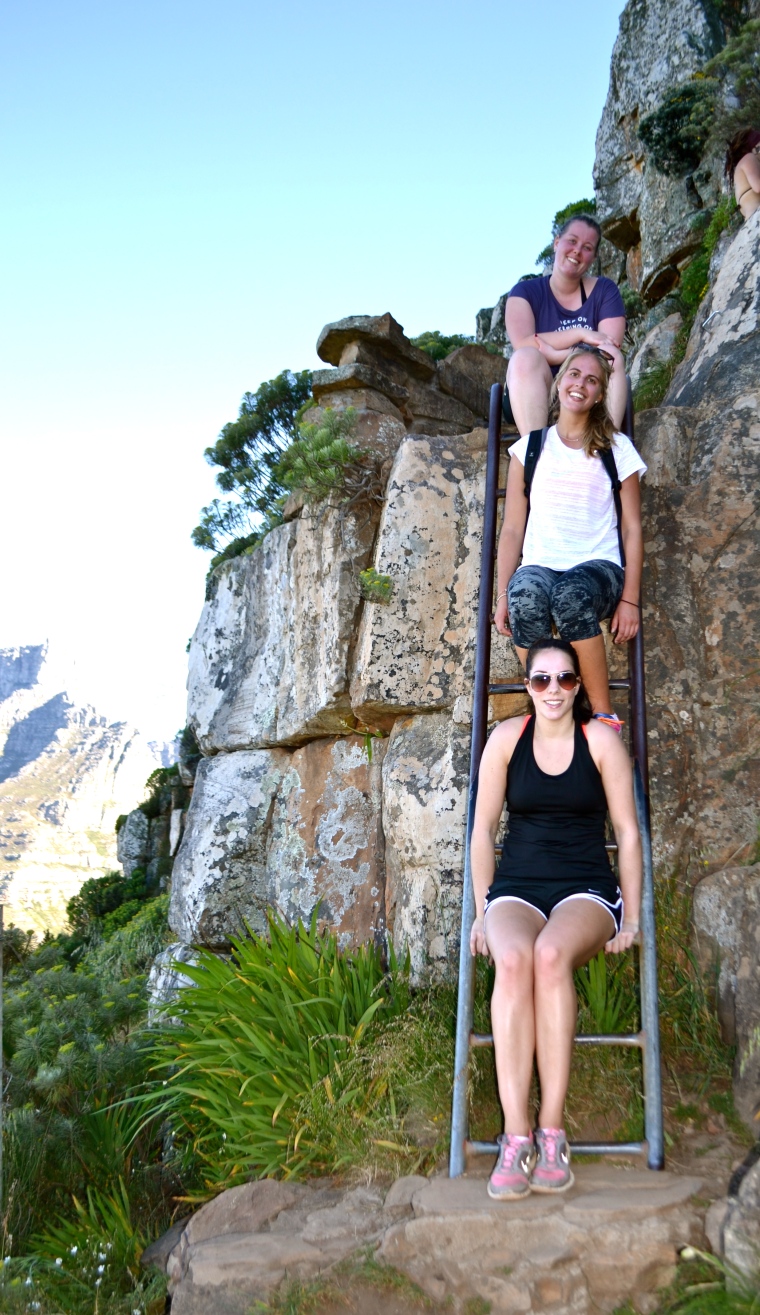 When you get closer to the top, you can choose between two paths to get to the top. We were feeling a bit adventurous, so took the path where you can do some climbing and risk your life a bit… We had to trust the chains and handle bars as we were hanging there in mid-air!

After quite the nerve-wracking experience, we finally got to the TOP!

Me, Helene, and Lucy

It took some time to get back home, so we weren’t home before 7pm. We were extremely ready for dinner, so we found a cosy pizza restaurant down the street – food hasn’t tasted so delicious in a very long time 🙂

It had been such an amazing day and it felt really good to get to know the other girls better. 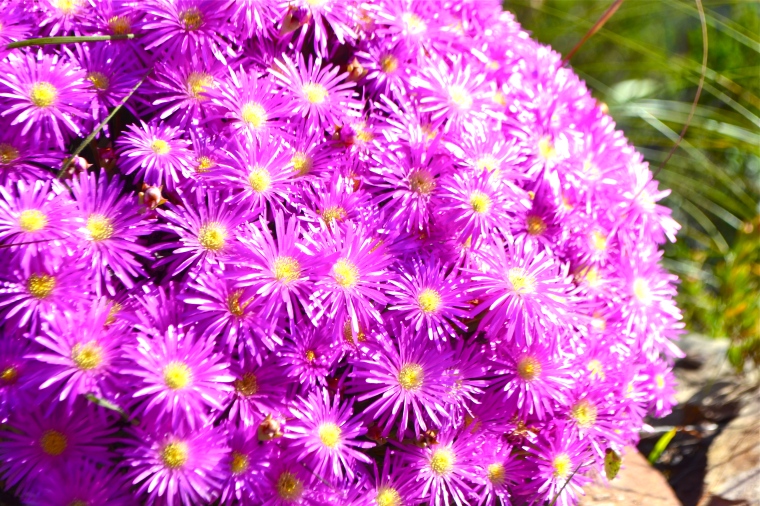 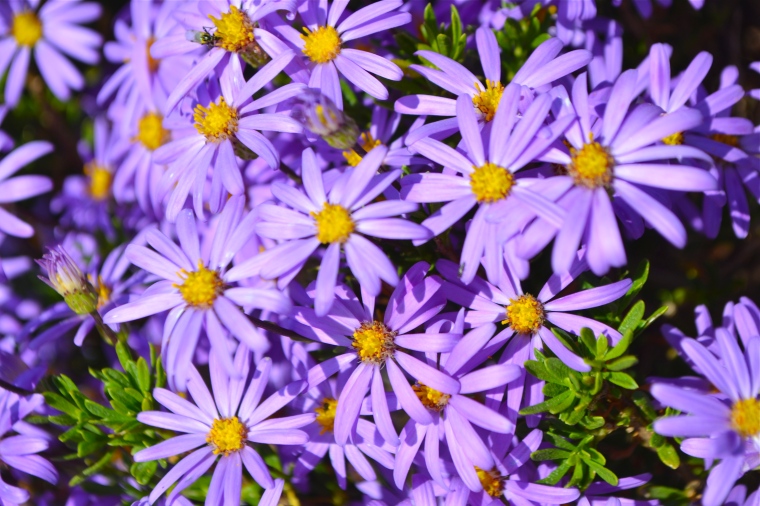