(Internet exists, it works, but it takes its time over here, hence the delay!)

Yesterday I was blown away not only by the very strong winds (as you can see my hair is everywhere in all the pictures), but also blown away by the absolutely stunning view! Yesterday, I experienced some of the most beautiful sights I have ever seen – it was simply breathtaking.

I woke up bright and early, had some breakfast and waited for a tour guide to pick me up around 8:30. I really had no idea what to expect for the day, I just knew I was seeing some more of Cape Town on a bus. Quickly, I realized we will be traveling around in a cosy little mini-van. After picking up the remaining 6 people who were going to join us on the trip – we were on our way!

As you can see below, the day consisted of us touring the Cape Peninsula. Like I did for the Day 2 post, I outlined our route on the map below. 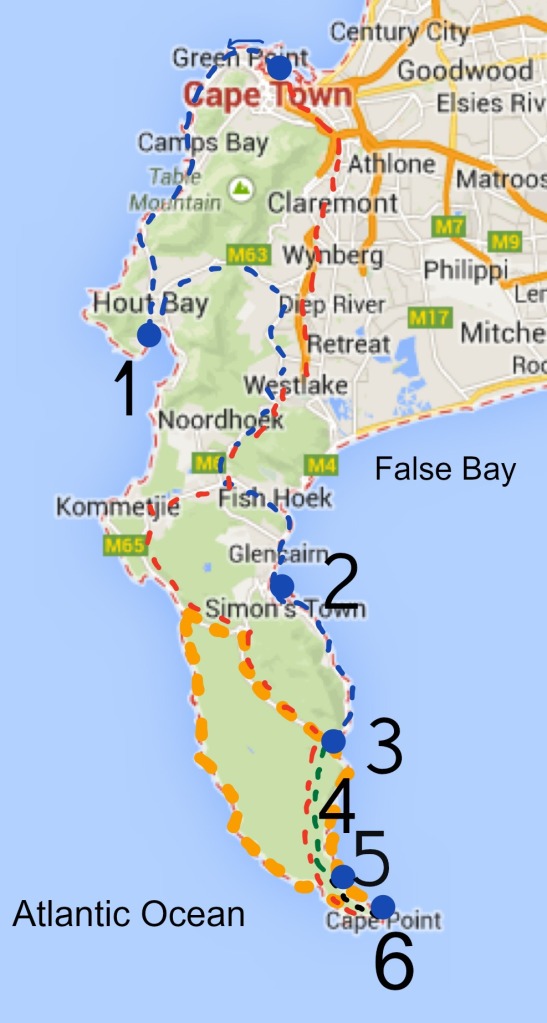 I’ve also put some numbers around and you’ll get an explanation of each of those places below!

Hout Bay – This was our first stop. Here we got the chance to go on a boat ride to Duiker Island, or Seal Island, where there are … seals, and lots of them! 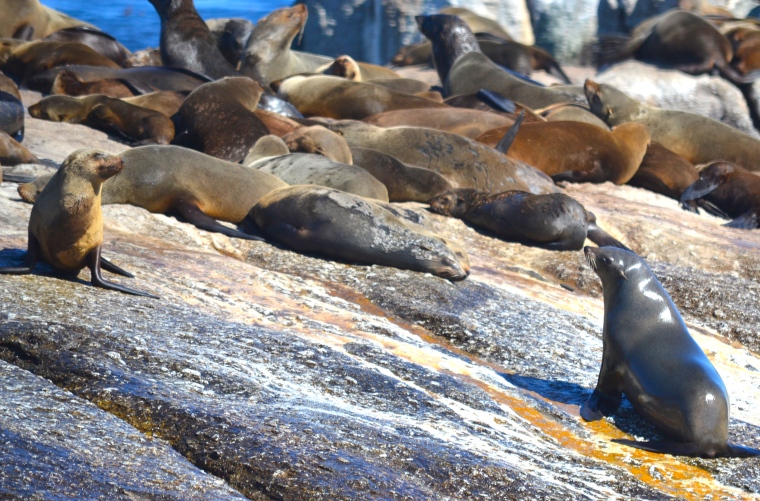 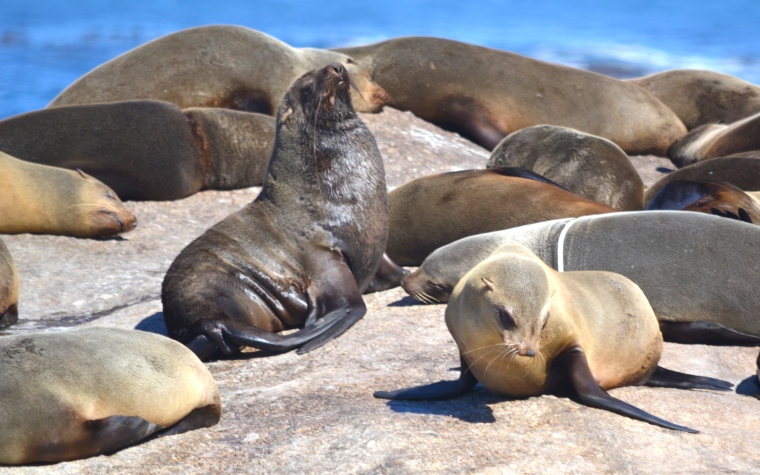 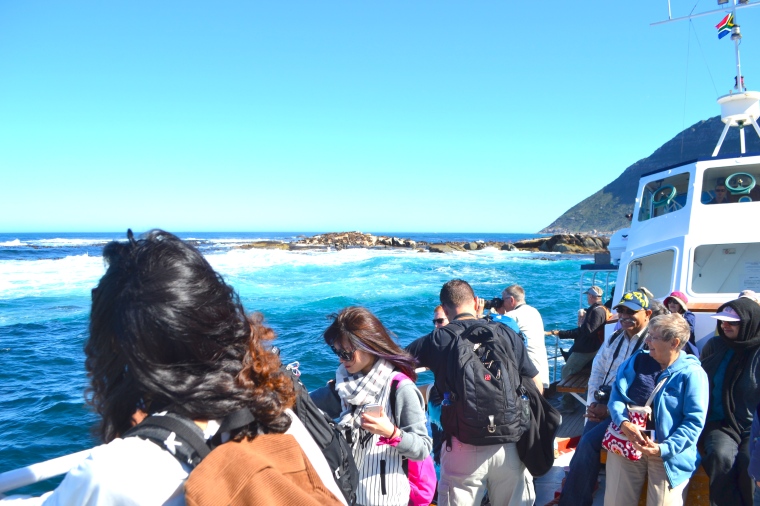 Boulders Beach – The famous Boulders Beach is the home a big penguin colony! African Penguins came from Madagascar to this area in 1982 (I know my facts 🙂 ) The penguins were absolutely adorable and incredibly hilarious. Thought I would be a bit creative and see if I could make a little video. The quality is not great, but it’s something!

Here are also some pictures from Boulders Beach, which lies in Table Mountain National Park 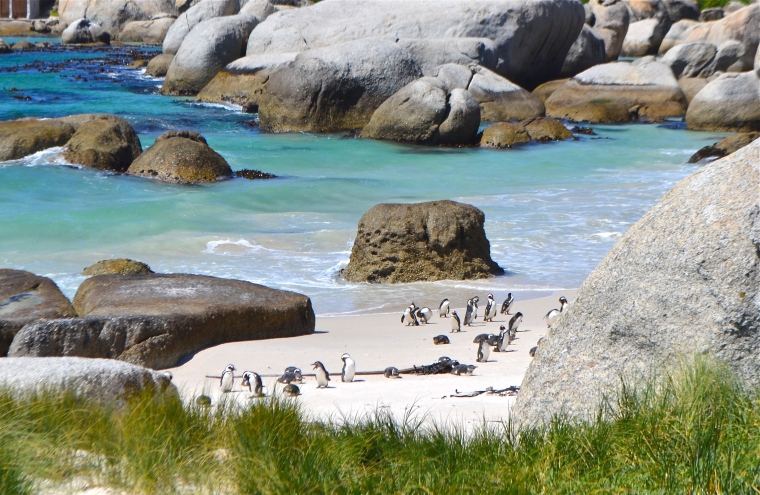 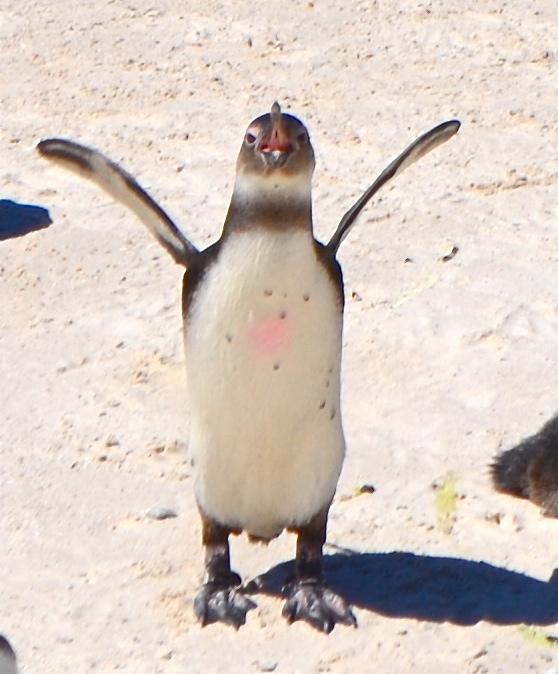 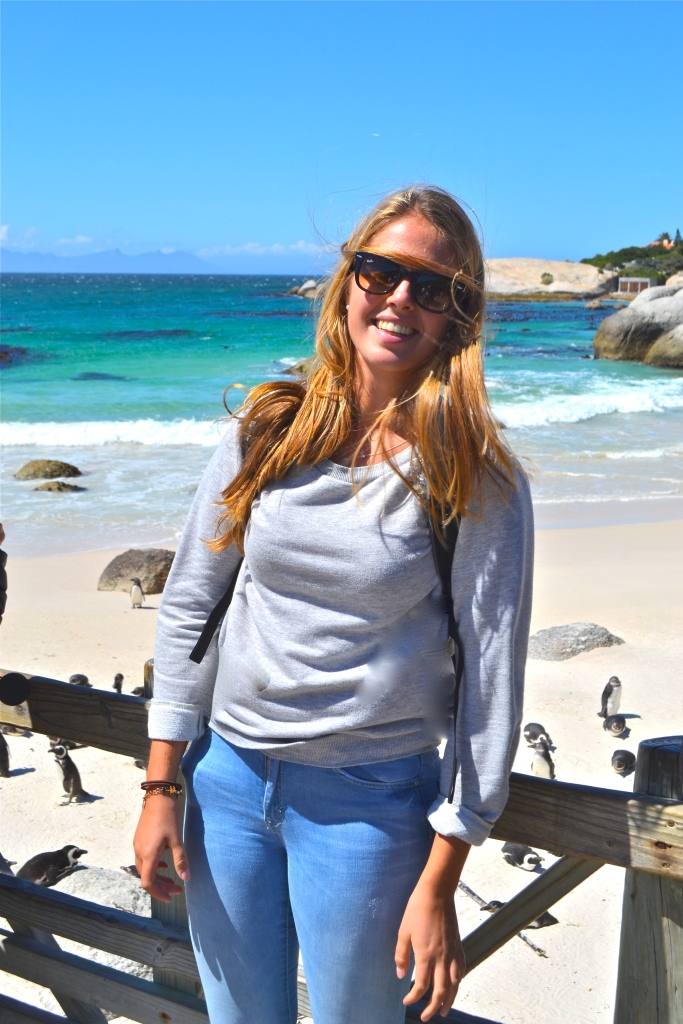 The penguins and I

I was absolutely not aware we were going to be biking, but hey – why not? We biked a short 6km, through breath taking scenery. After the short trip the tour guide had prepared some lunch for us so we all sat together and got to know each other over a delicious lunch.

The National Park is filled with baboons, but unfortunately we didn’t see any

We carried on, on our bikes for a couple of kilometres until we got to Cape of Good Hope, the south-western most point of Africa (not the most South though, as a lot of people think) 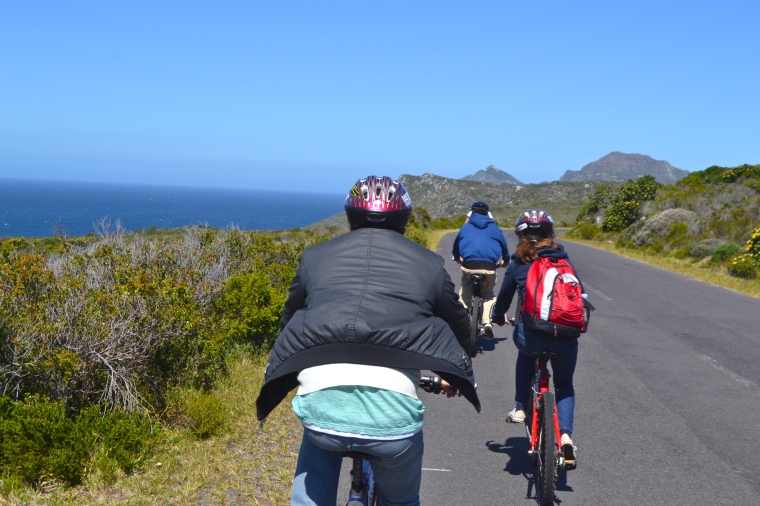 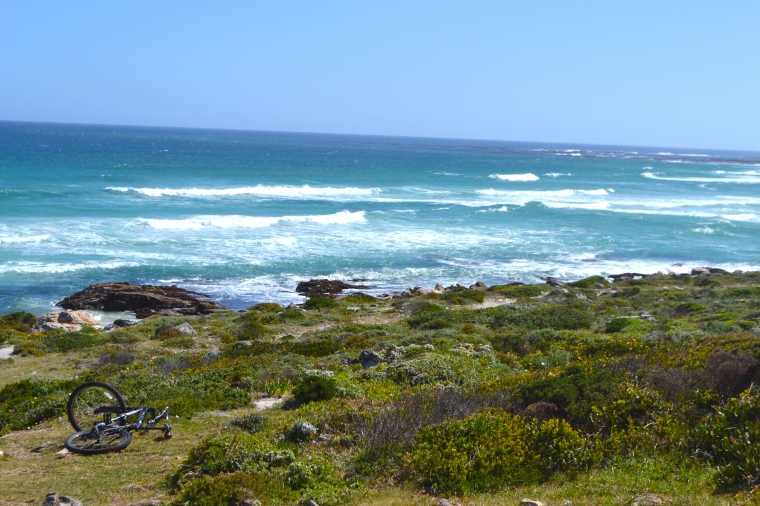 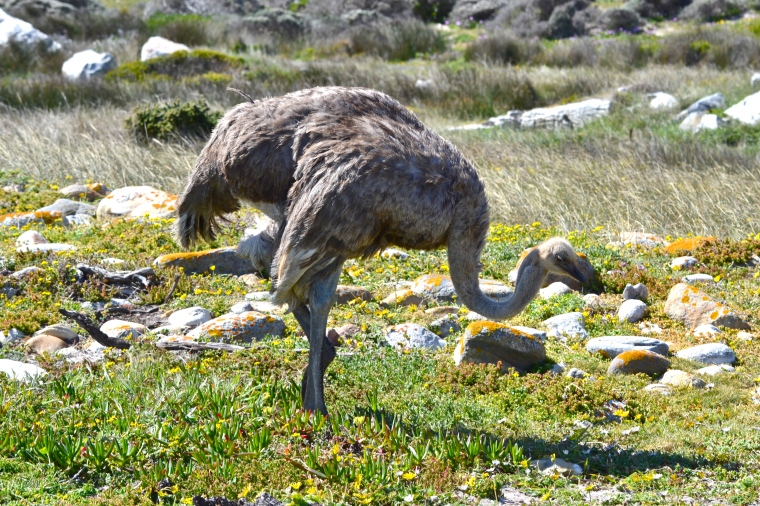 We saw some ostriches

The map below is just a close up of Cape of Good Hope and Cape Point. We hiked the path in blue (I promise you it takes more than 40 minutes!)

Next up was a walk from Cape of Good Hope to Cape Point, where a famous light house is. It was gorgeous! I enjoyed every minute of it and took lots and lots of photos, so just thought I would share some of them with you. 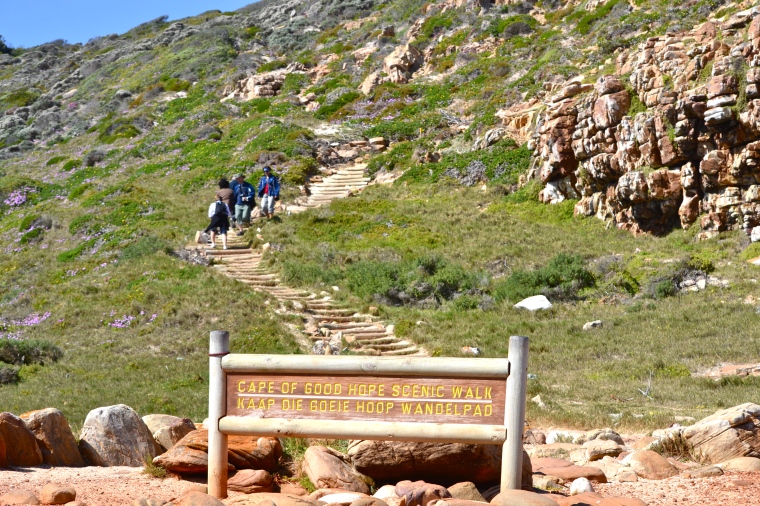 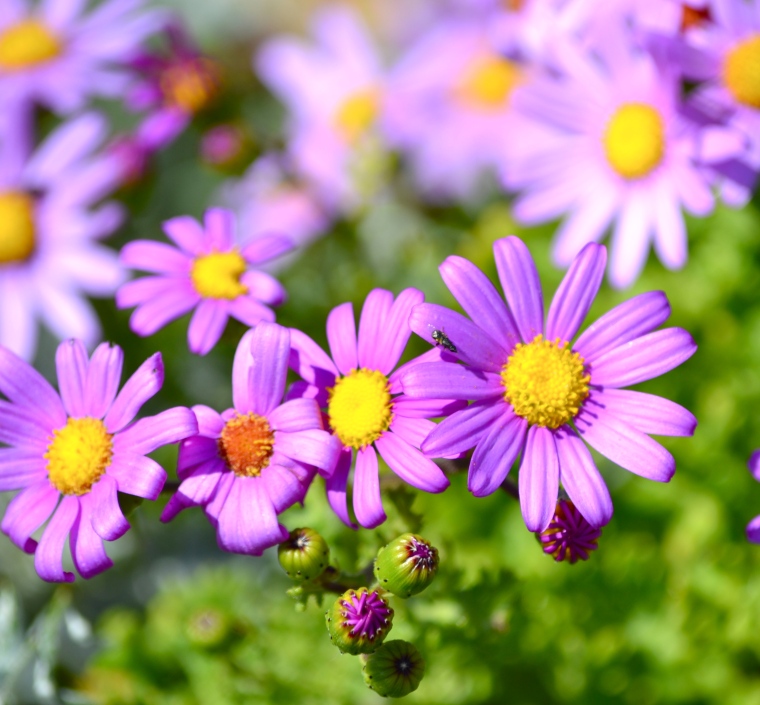 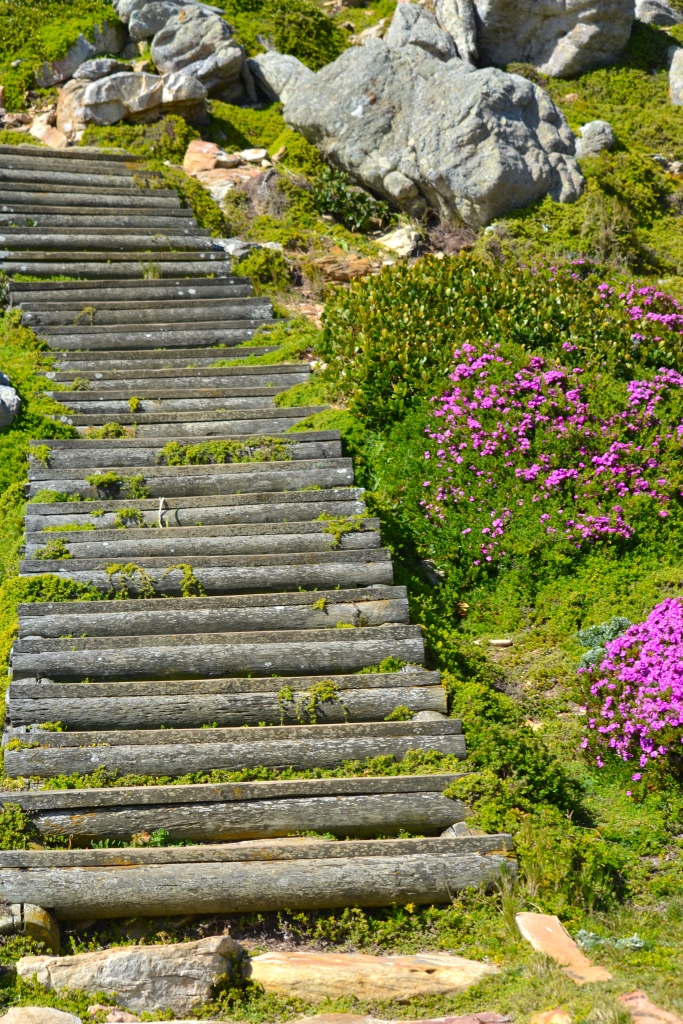 The vegetation on the route reminded me very much of Koster (island in Sweden) landscape. It was fun to see such similar vegetation in two places that are so extremely far away from each other!

I absolutely fell in love with Dias Beach, below. Felt as if I almost was in the Caribbean 🙂

Bartolomeu Dias was a portuguese explorer who was the first person to sail around the Cape of Good Hope in 1488. It was named the Cape of Good Hope because it meant good hope for the sailors in trying to reach India (European countries were trading a lot with India). This is why the beach is named Dias Beach! 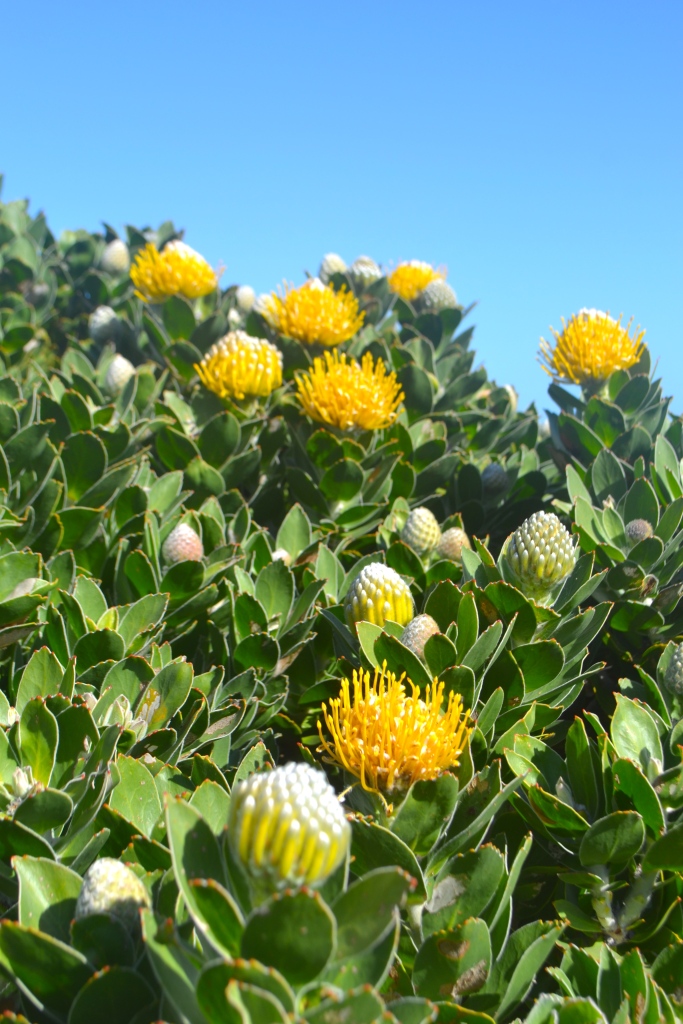 Here you can clearly see the Cape of Good Hope and Dias Beach. We walked just along the edge on the white path

Finally (after a 2 hour hike), we reached the lighthouse at Cape Point. The lighthouse is no longer in use as it proved to be hard for ships to see it, so a new one was built closer to the ocean. 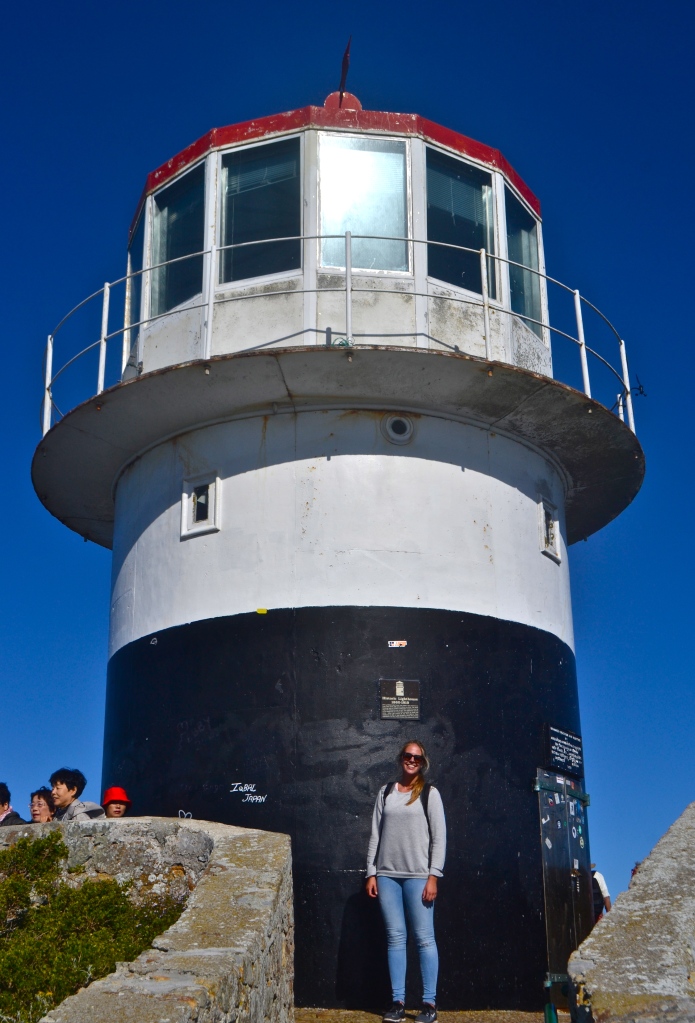 So after very many great experiences, a great bike ride and along hike, and many many pictures, I was very ready to sit down and just enjoy the ride back to Ashanti Lodge.

I had enjoyed such a great day and felt like I enriched my ‘memory book’ with many pages! It was a long post today, but hope you enjoy the photos.