Here come a couple of my thoughts after my first day in Cape Town.

As Ed was giving me a small tour of Cape Town, it didn’t take me long before I realized the immense possibilities for various activities that exist here. Although it is a big metropolitan city, it is very easy to forget that you’re in such a big city as you’re surrounded by the picturesque Table Mountain, an amazing coast line and people have a much more ‘chilled’ way of being as they walk around the city centre. The city is also filled with hundreds of activities you can do, just look at this wall at Ashanti Lodge!

When I went for a small walk I got the impression that, overall, Cape Town is a very modern and ‘western’ city. I could easily forget that I was in Africa as I walked through the city. My impression of something being ‘Africa’ was when I went on a school trip to Tanzania and in the city of Moshi, I truly felt I was in ‘Africa’. The smell was a smell of smoke as most people used fire as their main source of heat and light. It was probably this that enabled me to forget that I was still in Africa as I walked around Cape Town; it smelt just like it does at home. 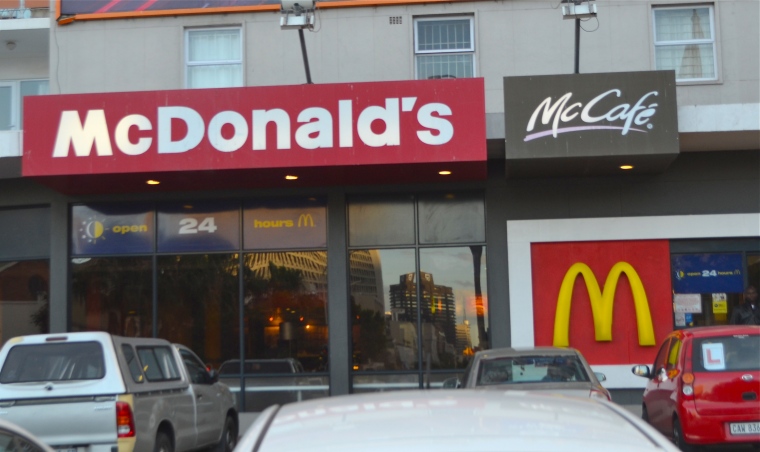 I mean, I could practically be in New York … 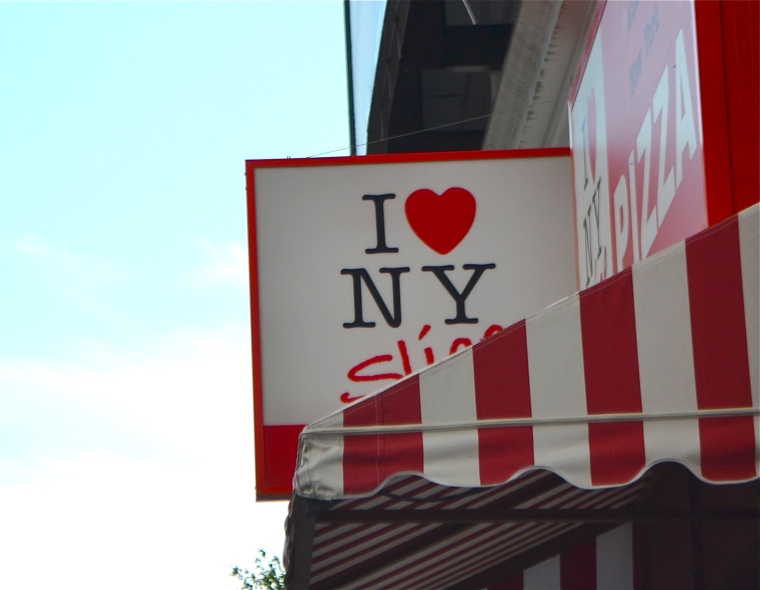 The point I want to get through is that it’s a city just like any other big city I’ve been to in Europe or America, but there are some differences that make you remember that you are quite far away from home. 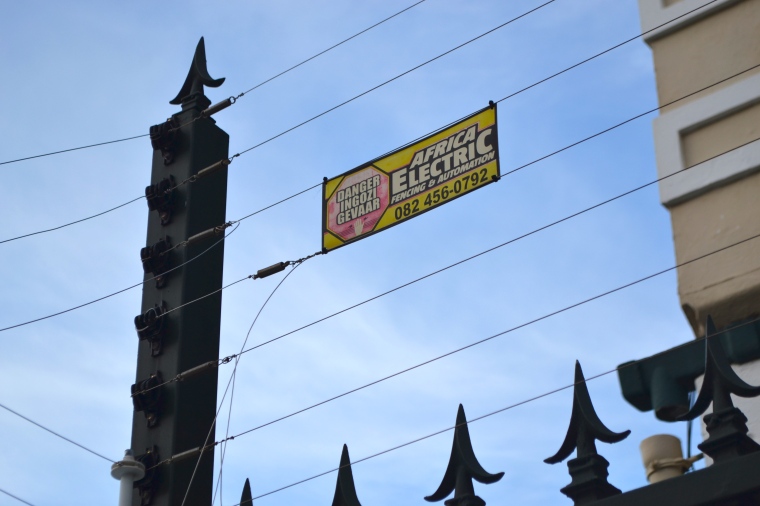 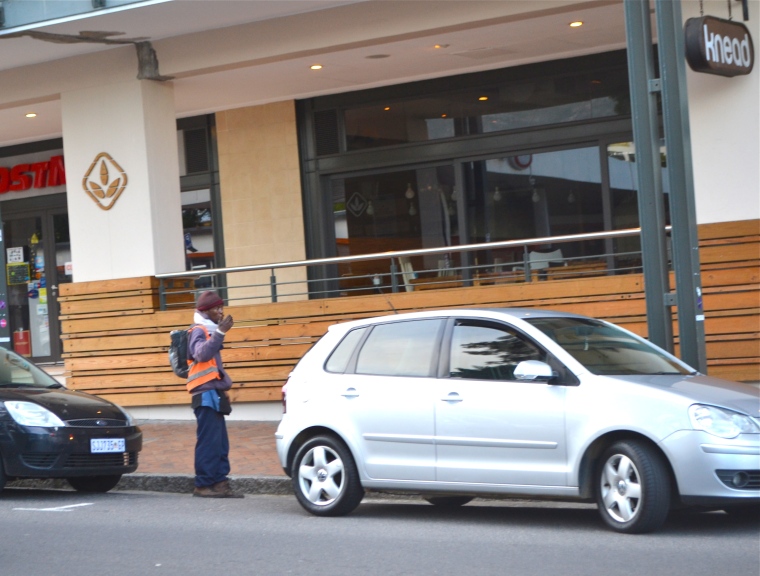 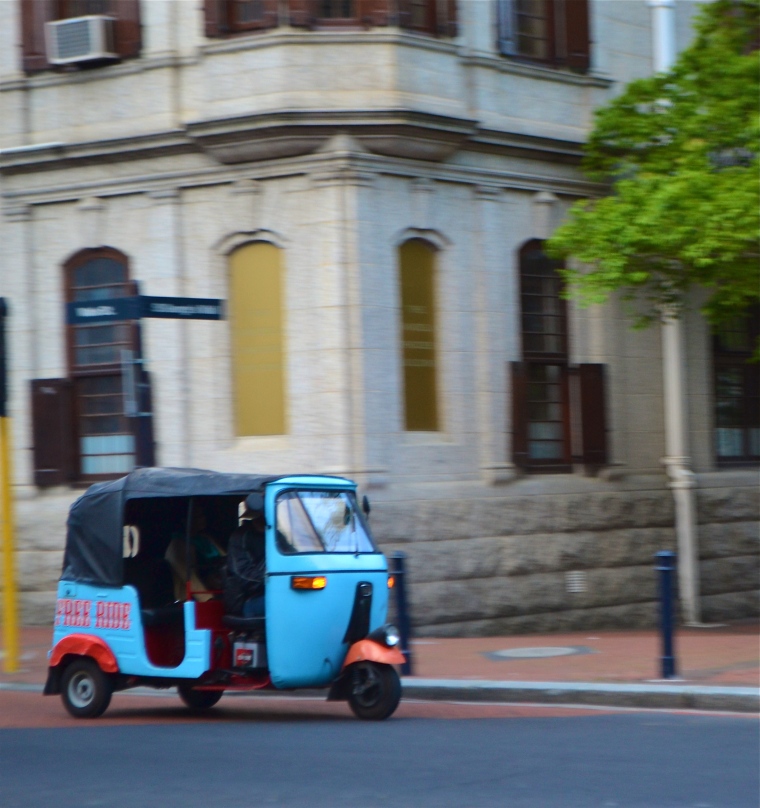 I’ve actually only seen one of these so far, but Africa style eh

There were also a couple of episodes I encountered, which made me realize that the culture has its differences from the one I’ve grown up in.

A couple of other things I stumbled across included: 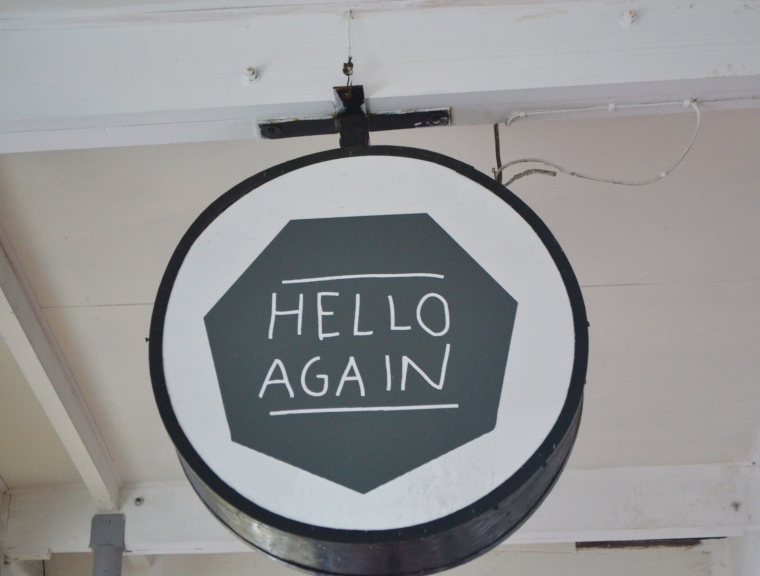 It was the name of a store…

ZAPPIT in the ZIBI BIN!

It’s a place that looks very similar to back home, but at the same time has its big differences. Slowly but surely I will get to know their culture and their city! But until then I have a lot of learning and experiencing to do!

Yesterday I did a sightseeing tour on a Hop-on Hop-off bus, so pictures from that later today!